Let us begin with presenting very briefly some important facts about human hand anatomy and the mechanism of grasping. First of all, let us have a look how the human hand is being built so that it could act not only as a strongest possible grasping mechanism but also a precision instrument allowing fingers to work together beautifully. It is to be pointed out primarily that one of five fingers, called the thumb, is oriented differently than other four fingers so that the grasping process was easy to perform in a very efficient way. When looking at the four remaining fingers we can see that although they are supposed to work together, the base of the index finger does not correspond to the bases of other three fingers (it does not form a straight line). It is because the index finger is supposed to work with the thumb for precision jobs as e.g. pinching small objects. This anatomical fact is, by the way, responsible for creating the so-called trigger finger on the grip (with the middle joint raised a bit more than other fingers) while grasping an round object in line with the base line of the three remaining fingers (middle, ring and pinky ones). Lastly, there is some coupling between the index and middle fingers, and they are designed to work together as an opposition to the thumb. 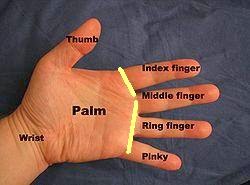 According to the grasp taxonomy (by Cutkosky and Howe), we divide grasp types into two main groups: power (where emphasis is on stability and security) and precision (where emphasis is on sensitivity and dexterity). For obvious reasons our lead hand grip belongs to the first large group by definition -- it must not change during the motion. Going further with the taxonomy, we encounter prismatic grasp types (when fingers surround objects) and, finally, five detailed grasp types starting from the most powerful and largest size of grasped objects: heavy wrap (for large and for small diameters), medium wrap, adducted thumb and light tool. The specifics of the lead hand grip is to use the meaty part of the hand as the base against which fingers wrap a golf club; also, biggest golf authorities unanimously underline the need of strong and stable work of last two (or sometimes three) fingers, i.e. pinky and ring (sometimes middle) one. We are of the opinion that, taking into account what we already know about this peculiar coupling between the index and the middle fingers, it is better to think about only last two fingers in this context. 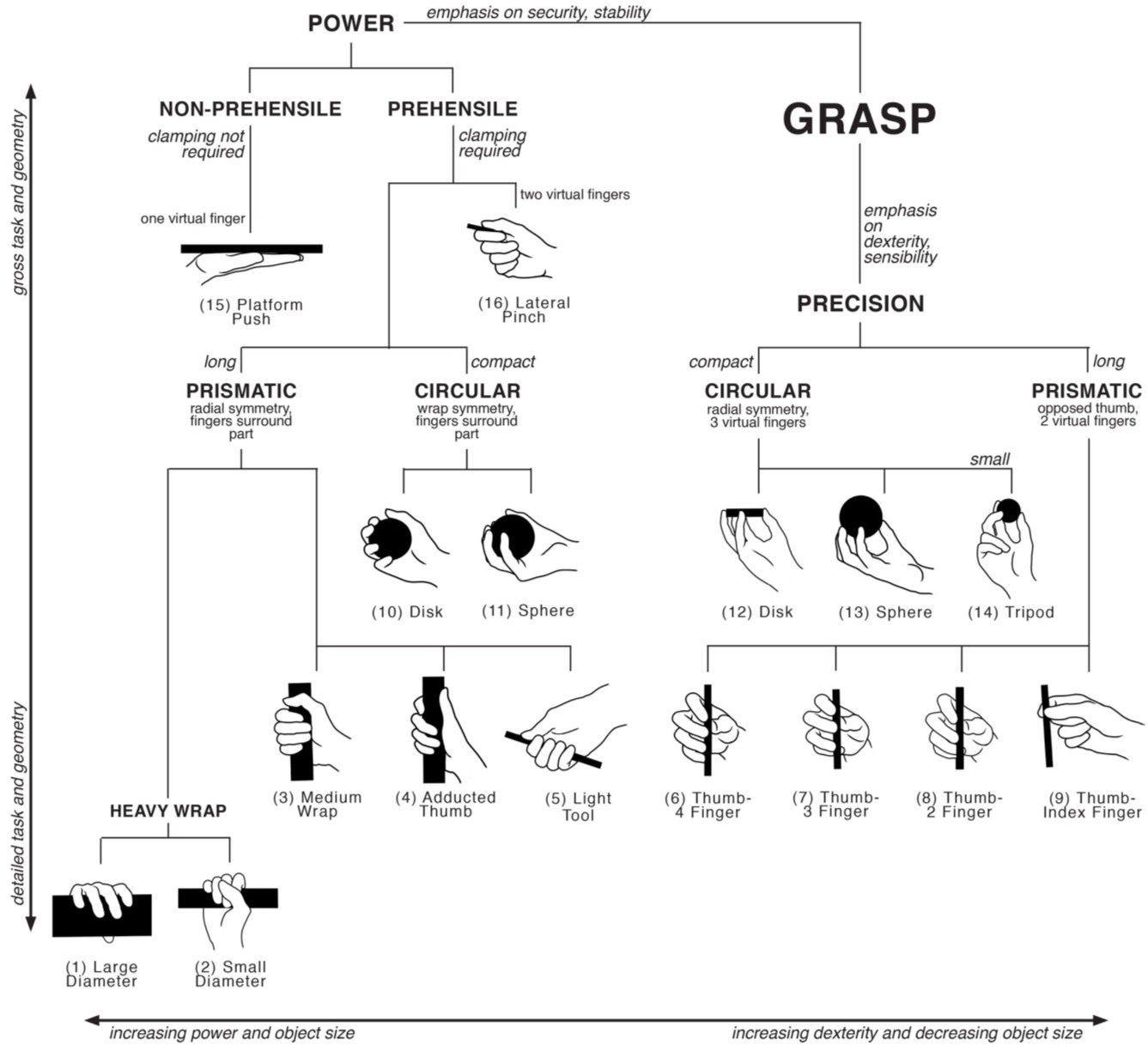 How to guarantee the safest and most stable lead hand grip then -- we would need two phases of the grasping action. The first one, called "the left-handed knight phase", consists in grasping the club the way one would grasp a heavy sword (or similar tool), i.e. with the palm and all four fingers wrapping the handle together with the thumb wrapping it in opposition. In the grasp taxonomy, it would be the small diameter heavy wrap grasp type. The best is to grasp the club at our lead side (not in front of us) since the neutral relation between the palm and the grip is being maintained and lift the club to the position where the shaft is parallel to the ground (since the wrist is in the neutral position without both ulnar and radial deviation influence). A bonus benefit is that we can take a look at the clubhead in front of us and see if its face is in neutral position perpendicular to the ground (of course, we may want to have the face slightly closed or open, depending on our priorities). We obtain a very powerful and stable grasp ready to move relatively heavy objects easily and securely. 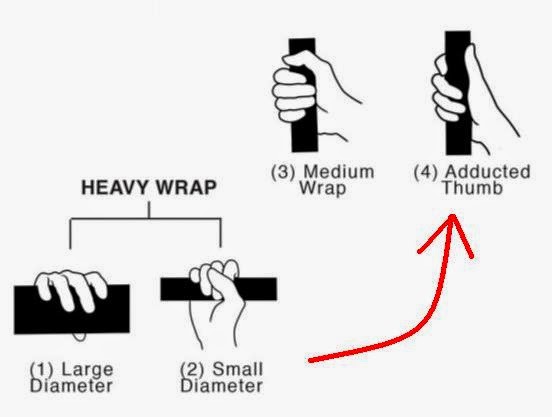 The second phase that we call "the lady with fan" serves to return to the grasp that lets us play golf. We cannot just change anything but deviate the wrist ulnarily since the RoM is too small (up to 30 degrees) -- we need to change the position of fingers. We need to go from the heavy wrap type through the medium wrap to the adducted thumb one. But how to do it without destroying what we have just gained thanks to the first phase and loosening the whole structure ? The answer is -- to make a motion similar to the motion used while wanting to open a hand fan with left hand only -- fast drop towards the ground using the ulnar deviation feature of the lead wrist. A golf club is heavy enough (also because it is long enough) to cause our fingers to relocate staring from the index finger) with the help of gravity. The best part is that it is enough to relocate the index finger (more, because of the base not in line with the rest of fingers) and the middle finger (less, because it is in line with other two fingers) while the last two fingers, i.e. the ring and pinky ones, remain intact as they were in the heavy wrap type. Of course, the gap between the thumb and the palm decreases to the necessary minimum. 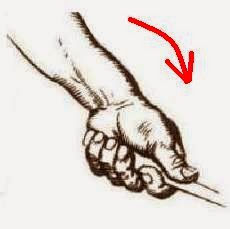 We have just obtained the most powerful and secure possible grasp of the last two fingers -- in fact, it is so tight that the friction appears to be huge and sometimes needs some adaptation period (usually a few days) because of some moderate pain allocated mainly on the meaty part of he palm the club is being pressed to. When our hand becomes accustomed to that kind of friction and pressure, nothing will feel odd. The increased stability of the lead hand grip is unbelievable and it is hard to think that we could grasp the golf club in an orthodox way before, especially when we try to compare both methods or, especially, when one has problems with putting and maintaining necessary squeeze with last two fingers of the lead hand. Last but not least, this procedure ensures obtaining a very square-to-the-arc position of the clubface -- it looks a bit closed but it is perfectly perpendicular to the baseline at address.