The Arms Situation -- the Most Important Missing Puzzle Added. Part 2.

Luckily, it exists although it is difficult to find and observe. Enhancing of the protraction part in both shoulders at setup and, consequently, during the whole motion. Since I am not well versed into soft structure researches, I had to seek for help and I found that protraction activates one of the most important stabilizers of the scapula as well as stabilizers of the position of arms and shoulders, the serratus anterior muscle. In protraction, upper and lower trapezius muscle acts to prevent downward rotation, and the lower trapezius muscles act to prevent elevation, and downward rotation. Protraction helps in finding natural limitations in scapular rotations by a significant degree as well. 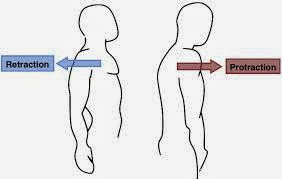 Moreover, the more depressed are sholulders the easier is to maintain protraction (or better said, reduce the need for retraction) independently on external rotation. Suddenly all lego pieces started to match, especially when observing greats such as Hogan or O'Grady who were famous for their consistency. We should not forget that the depression part is responsible also for enhancing to keep the entire body system low during the motion -- and, as a wise man (probably Trevino) said -- the longer a player stays down at impact, the less he can rotate his arms and hands, which makes the motion even more reliable and repeatable. It is worth remebering that rear scapula never elevates during the motion, it just rotates upward and downward in the same stabilized position. Last but not least, the combination of these movements is very compatibile with maintaining the cervical spine flexion, so important a factor of preserving the coronal plane balance that we talked about in one of earlier articles as well as eases the protocol of the leading pitch elbow during the first part of the downswing (that we mentioned in the "From the Core Out" section) as well as matches ideally the scenario of the rear arm presetting that accompanies the biokinetic grip (that we mentioned in the "Biokinetic Grip"series). 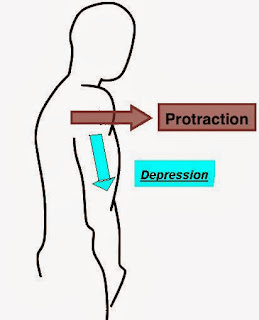 Of course one does not need and, in fact, is not able to force the body to maintain the physical phenomena all the motion, especially when we know very well that the specifics demand opposite actions in some particular areas of the very motion. It is rather like having strong springs between all vital points of the system:

We are in the period of dead season here and we can test ideas only indoors, however, the results of a gained horrendous repeatability are so promising that I decided to publish these findings right now without waiting for the outdoor season next year. I would not surprise if it appears that this is one of the very most important discoveries I have ever made in my journey to achieve a setup-dependent swing motion for average golfers. Watch carefully the vid below:


Being somewhat now at the end of this year's season I would like to confirm strongly that the discovery is of primary importance when talking about building consistency of the upper body action during the golf swing. The impact of the serratus anterior muscle in the process of stabilization of the scapula-shoulder-humerus section cannot be overestimated. We need to remember that there is no anatomical joint between the scapula and the rib cage, but rather a connection made up of muscle and ligament. This allows for a greater range of mobility and flexibility. The specifics of the golf backswing, with preset scapular protraction, brings the shoulders in the point that no changes in the muscle should be done until impact. It gives a phenomenal stability, especially in the lead side (since the rear side must be subdued to shoulder elevation, external rotation and partial retraction during the backswing phase), and lets our subconscious mind motor the pivotal element to bring the clubhead into the ball and prevent from overactive arm movement.
I am not a fan of feels or feel visualizations but will make an exception this time - it feels how the muscle movement during protraction reveals it almost to daylight at address (since the shoulder joint is being moved out of its way) and everything a golfer should do is to use pivot to bring the "visible" muscle back to the target without letting the arm or shoulder "cover" it before impact. Like the torso turns and opens while leaving the shoulder girdle closed and behind with stretched serratus anterior. Incredible consistency and repeatability is being given, thanks God. 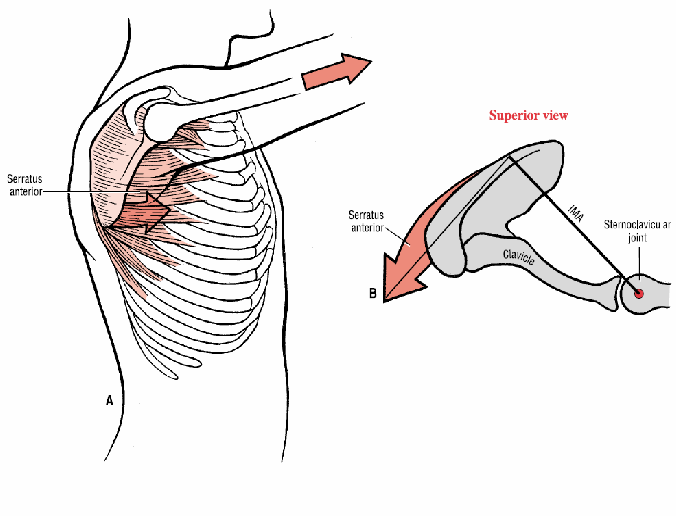 Last but not least, if one compares pre- and post-secret (no matter if pre- or post-accident) motion of the great Ben Hogan, and concentrates on the aspect in question it will become strongly evident that the scapular protraction is present much longer in the motion in his later days independently on his body turn. Is it possible that Hogan's secret enabling him not to hook with a hook swing mechanics was related, at least partially, to better stabilization in the lead shoulder area with the serratus anterior muscle as the protagonist ?
Who knows...it's damn near impossible to hook the ball within this scenario and, indeed, the stronger one tries to square at the ball with pivot the better results are... 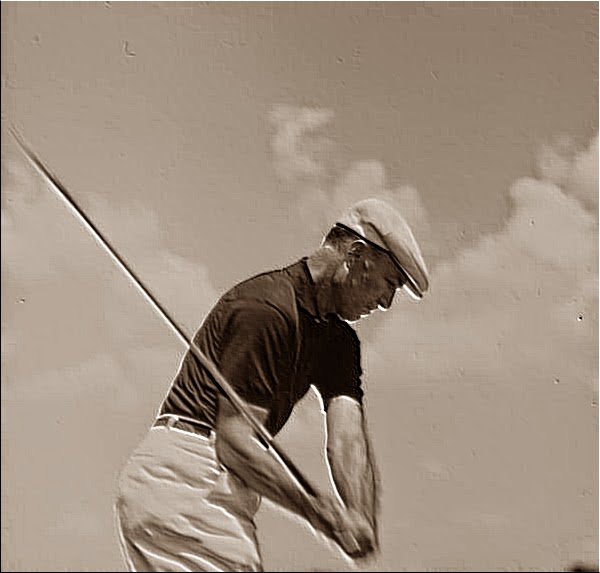 And some heavy metal surprise at the end:

The Arms Situation -- the Most Important Missing Puzzle Added. Part 1.


Long time ago, when I started my researches, I said that arms are the most complicated area of the golf swing to describe and to find automatism with from biokinetical point of view because there are no fulcra similar to what we can observe in case of the legs/feet - ground relationship. What is even more frustrating is that it is arms/hands that create direct connection to the golf club. Until now I was looking to find some automatism by implementing torques to the arms through e.g. forming the biokinetical grip or presetting the rear elbow joint. Suddenly, when looking at certain aspect of great ballstrikers' bodies when swinging,  it dawned on me that I should rather pay attention to shoulder joints and scapulae instead to the arms themselves and found something that not only is what I was looking for but, and I believe, not coincidentally, validates these concepts of mine based on torques I have already mentioned. Suddenly, the idea of treating shoulders just as a part of the main body working together with it on a plane perpendicular to the core appeared too simplistic and, therefore, wrong. Shoulder girdle lives its own life in the golf swing motion. But, ad rem...


Everyone certainly remembers that Mr.Hogan adviced to keep the elbows as close to each other during the motion as well as famous drawing with tied arms with a rope as an image. The goal was obvious -- to make both arms working as an unit. I read somewhere that Ben Hogan forced Mickey Wright to swing with tied arms as an excercise. The best thing now is that people do not need to do it anymore since they should pay attention to shoulder joints and scapulae and their movements instead focusing on the result, i.e. elbows to reach the desired goal – unification and stabilization of arms’ movement. 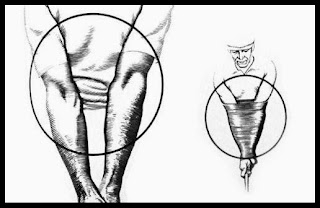 Upper limbs are connected to the main body through clavicles, scapulae and shoulder joints. We shall not go into details, but the main reason nature did it that way is to ensure the most effective motions for our arms. What is the most interesting part, however, is to find scenarios that would contribute to discover automatism. Shoulders/scapulae can protract/retract, depress/elevate and rotate externally/internally. What is very important a proper combination of these movements helps to reach our goal here, i.e. the stabilization of the humera during the entire golf swing motion. 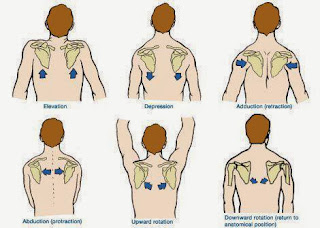 The series of the Forgotten Great Theorists shows my personal choice of biokinetically sound forgotten, almost forgotten or unknown today concepts and advices that are worth learning from. The most important values are mentioned in the content of each vid. These little vids show that true golf wisdom cannot be invented, it can only be revitalized...