Common Denominators for the Best Ballstrikers in the History of the Game. Part 2.

The so-called rate of clubface closure in the impact zone is one of the most prominent physical phenomena characterizing consistent and great ballstrikers.

According to the most logical classification (based somehow on Henry Cotton's three releases) clubhead can change its orientation vertically or horizontally or it can do both in the impact zone. Of course, it can stay square to both axes through the zone which would be a theoretical ideal. Horizontal change of clubhead orientation means it goes rapidly from open to closed position without any loft change while vertical change of orientation would mean it remains square to the clubhead path arc but its loft angle rapidly increases. Both scenarios are possible because of RoM in the arms and wrists joints.


The release, which we can describe as peaking the clubhead velocity accompanied by somehow rapid closing of the clubface, is nothing more nothing less a simple physical phenomenon that must occur because of both anatomy and physics. Anatomy factors are RoM of certain movements of certain body parts big enough to let it happen. If we think of a theoretical biomechanical construct that implies that arms cannot supinate/pronate and wrists cannot deviate/flex which would be equal to a frozen stiff rod holding another rod on a frozen angle there will be no release in a traditional sense. Most probably torques and inertia would cause the shaft break but it is of no interest to us to analyze this example further.

Another very crucial anatomical phenomenon is that both shoulder as well as elbow joints have limited RoM and cannot move freely in all directions. The implication of this fact is inability to perform a full swing without pronation and supination of arms (which, BTW is responsible for creating torques in limbs and in shaft itself). This is particularily responsible for existencxe of the so-called swivel (that can happen early or late, i.e. affecting the rate of clubhead closure vividly).

From the physical point of view, release must happen because of, saying generally, sequentiality of the motion both from the ground up as well as from the core out. The most distal parts of the system accelerate with a delay both in relation to lower part of the body as well as in relation to the core (axis) of body rotation. What's delayed tends to "catch up" the parts that are already in movement, therefore, the acceleration is of bigger value. Moreover, torques created in the backswing part must be released per se which happens in the downswing part of the swing. Lastly, such factors as e.g. gravity or the fact that the axis of the CoG of the very golf club are not in-line with the shaft also help to make the release an inevitable phenomenon.

Of course, common denominator of the best ballstrikers' release is ability to create biophysical scenarios for release that cause the rate of closure in the impact zone as small as possible which would be exactly equal to the notion of limiting the impact of horizontal change of orientation of the clubhead in the impact zone. Talking in layman terms, noone of all listed players used a crossover release. As said before, getting rid of the most timing-demanding thing that relies on a high rate of closure. As we can easily see while analyzing wide impact zones of the listed people we can see a very stable clubface moving squarely to the arc in 3-D. Of course some of them let the clubface change the orientation vertically -- from slap-hinge releasers of old hickory times (Vardon, Mehlhorn, partially Jones) till Westwood of today -- but this does not affect the rate of closure.


When human arm is bent in elbow (elbow joint in flexion) the forearm can rotate roughly 180 degrees with a fixed point of the elbow, i.e. without the necessity of engaging shoulder joint and humerus rotation. However, a straight arm in elbow can rotate almost 300 degrees (thus, the shoulder joint and humerus rotation adds more than 90 degrees), which is a huge difference, especially, when we think that the clubhead can be rotated the same huge amount. A lot of efforts can be done to limit the overall rotation but noone is that effective (and sometimes even on a subconscious level) as avoiding straightening of arms. Westwood is the best example how it acts in case of the lead arm. But much better results one can achieve while preventing the rear arm from straightening and this is another common denominator of the best ballstrikers. Bent rear arm delivered at impact.What is even more important, having a bent rear arm at impact has much more great implications for the overall motion and is exactly compatibile with other common denominators.


Last but not least, as already mentioned, nature made the elbow joint the way it cannot move in all possible directions because it would be too weak to support a lot of physical activities correctly; therefore, hard structure needs additional motions of forearm to adjust the lack of RoM in the elbow joint to allow some physical actions to be achievable. One of this motion is pronation/supination of the forearm (turning the forearm axially without necessity of moving the elbow joint in space). Physics of golf swing must include pronation/supination (and bending the rear elbow as well, BTW) because otherwise one couldn't make a full swing.
Now, when rear forearm pronates (during downswing) it affect simultaneously the shaft and the clubface. It is much easier to control the clubface when shaft is aligned parallelly - or better said - is a parallel extension of pronating body part. Any angle between it (i.e. when shaft is not parallel) forces an additional action of wrist to adjust to impact.

Probably this is one of main reasons why the most consistent ballstrikers were elbow planers with their rear forearm supporting the shaft and rear humerus tight to the body. Other reason was that their pivot was great enough to let the above occur. It requires the rear elbow joint be on the rear hip at impact. The more the elbow goes in front of the body the worse for the whole motion. People often say "stuck" incorrectly. The rule of thumb is -- the stronger the pivot is the more open is main body at impact (hips more, shoulder girldle less of course due to sequentiality) and the more is the lead arm pinned accross the chest while the rear elbow close to the rear hip.


Now we are coming at defining another very crucial common denominator of the best ballstriker -- great pivot ensuring great sequentiality from the ground up. It means that hips are more open at impact than torso and torso than shoulder girdle. The last is open a tad in relation to the baseline. All distortions as e.g. very open hips with closed shoulders or hips open very little at impact result usually with thowing the rear elbow too much to the front and straightening the rear arm too much before entering the impact zone which is equal to losing control of the torques and often ending with a dreaded crossover release -- the last thing a good ballstriker needs.

Common Denominators for the Best Ballstrikers in the History of the Game. Part 1.


It's high time to start the discussion about common denominators of the greatest ballstrikers that ever lived and see what really matters in the game of golf from the scientific point of view. Anatomy, physics and geometry (exactly in this order of importance) will be taken into account only. Prior to it, however, we need to choose a method to do so. I am of the opinion that the most important factor that must be taken into account is anatomy of a human since the objects of the study are humans that are limited within their bodies anatomical capabilities. Next we would need instruments of basic Newtonian physics to depict reality everyone is committed to move within. Lastly, geometry would be an useful additional measure to find some interactions.

I would argue that the simplest and most effective method of finding common denominators is analyzing the motion step by step in all three main anatomical planes of a human body: 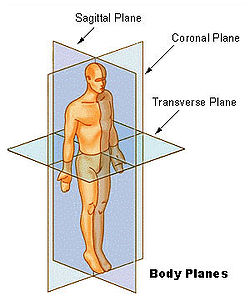 A slight difficulty can be found when trying to determine which of the three planes deserve to be analyzed as first but, after a deeper thought on the subject, I came into conclusion that in fact it does not matter since it is simply impossible to izolate implications, i.e. what would be observed as deserved in one plane would affect what happens in the other two and vice versa.

While thinking about who of the golfers should be honoured to be chosen to the group that will be analyzed the criterium that appears to be the most reasonable is taking into account and benefitting from overall opinions of knowledgeable people (mostly their tour companions but also analysts using modern equipment as in case of today's players) that labelled the players on the list as ones of the very top ballstrikers in the history of game. And, let's name the most prominent names in a sort of chronological order:

and finally a lady:


We shall name the common denominators as well as discuss some aspects of them in the next part.